Carguru
Toronto, Ontario, Canada
If you are not comfortable with franchised dealers or don't have the time to shop and compare several brands, my service is tailored for you! I help busy people buy new cars by offering expert advice and access to a network of top dealers for all brands. It's like having a friendly salesman for every brand in one person.

Posted by Carguru at 10:56 AM No comments: Links to this post

How Well Do You Know Your Car? 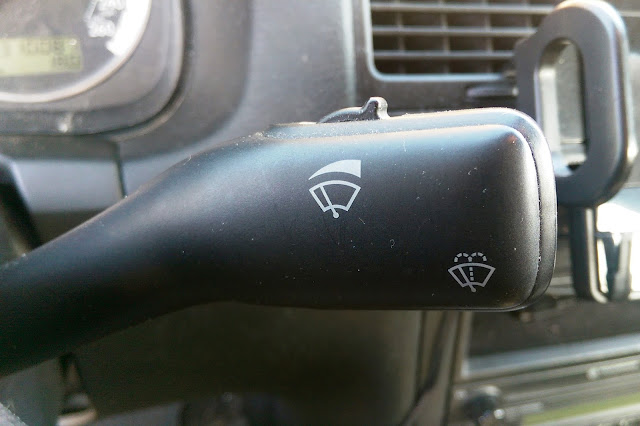 Many of us think of cars as appliances. “As long as it gets me from point A to B, and it’s cheap, I don’t care!” – is what I hear often. To other drivers, styling is the key metric, and they don’t care if they have to use a crane to get out of their low-slung Subaru BRZ. “But it looks great!”, meaning: “I look great and sexy in it”. Well, so do young women in 10” heels, but with a sore back and a knee problem, you may want to rethink your footwear choice. Just as I skip wearing spandex at the gym. That beer gut just doesn’t do proper gym wear justice…

But how much do we really know about the cars we drive? We’re all familiar with “standard” equipment, like power windows, etc. And we all know about all this new electronic stuff. But there are some hidden gems in some cars, that make our lives easier, yet I’m not sure most of us are aware of their existence. Some cars make it impossible to lock your keys in, for instance. Other cars have clever windshield wiper designs that clear the largest possible area of your front glass.

One of the cars I’ve owned recently had a fairly clever timing device controlling the wiper blades. The usual setting for most wipers is that you have two speeds and an intermittent setting. In this car, if you were operating the wipers in the first constant speed setting, the system would automatically switch to an intermittent setting whenever you’d come to a stop, and then back up to regular setting, once you got going again. A little thing, but a pleasure to experience when driving.

Many of the better brands out there offer not only more performance, reliability, comfort and safety, but also other little things that you can enjoy. Just think: some engineering team somewhere spent a few days designing your favorite little thing. Let’s enjoy those little things before the autonomous crap takes over.


One of my pet car peeves is a simple thing, which requires almost no engineering, and little effort from a car design standpoint. Some automakers do it very well in all models, some do a decent job in some of their cars, and others just completely blow it.

While I understand that there are some limitations in some cars, obviously it shouldn’t be an issue when you’re designing, let’s say, a pick up truck. Yet, there are many very popular and large vehicles out there that lack this basic feature, or have a very lame version of it.

I never, ever buy a car that’s lacking in this department, but it’s not a big deal when I have to drive a car like that for a short distance. However, sometimes faith sends me a nightmare vehicle that I have to drive for a few days, or on a long trip. One the most memorable ones was a Toronto – Florida trip in my ex-father-in-law’s Pontiac Montana.

Now the Montana wasn’t one of GM’s best efforts. Quite the opposite, you might say. It was lacking terribly in almost every department. Brakes, suspension, steering, seat comfort – you name it, it was terrible. The feature I’m whining about here was severely bungled in this minivan as well.

I was in pain within 45 minutes of my first shift of driving. And my total share was about 15 hours. And then we had to drive back…

There is just no way to get comfortable if a car is lacking this simple thing, or the thing is badly designed. I know what you thinking: “What the heck IS IT???” Well, it’s a footrest, ladies and gentlemen. Also known as a dead pedal. If it’s large enough, flat, and on a proper angle, it is a beautiful thing, and your entire left leg will love you. If it’s not there, or it’s bad, you will never get truly comfortable. No matter how many times you change your foot’s position.

Posted by Carguru at 3:01 PM No comments: Links to this post

How about this beauty, my friends? This high-octane Benz suffered a minor parking garage collision. No structural or mechanical damage, all parts replaced, nothing fixed. Yet the insurance claim makes it unmarketable for Benz dealers. The car is mint. It would be worth $55K normally, but you can now put $10K back in your jeans and drive a 450 HP monster. 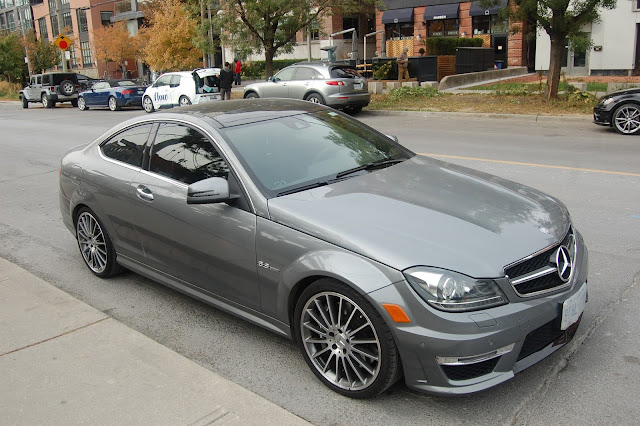 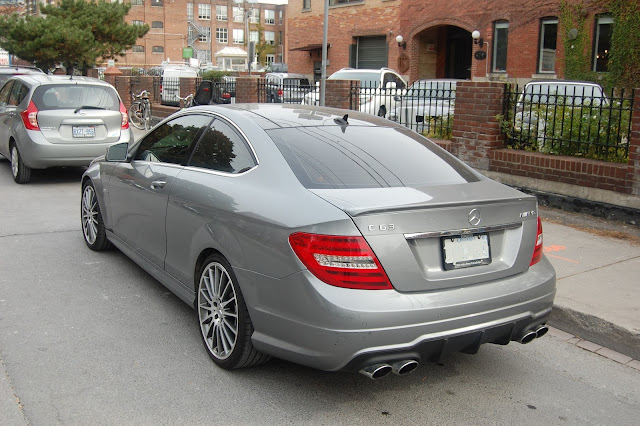 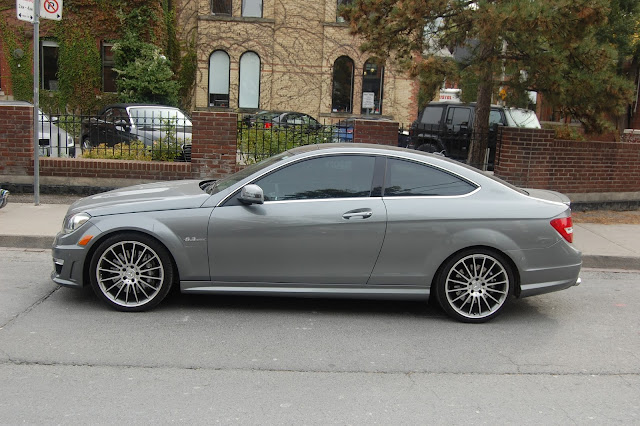 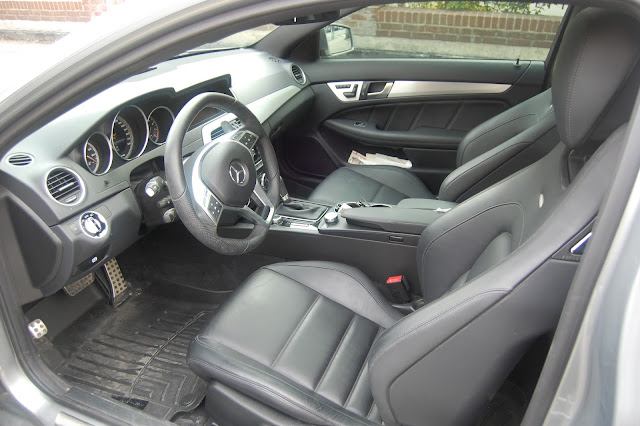 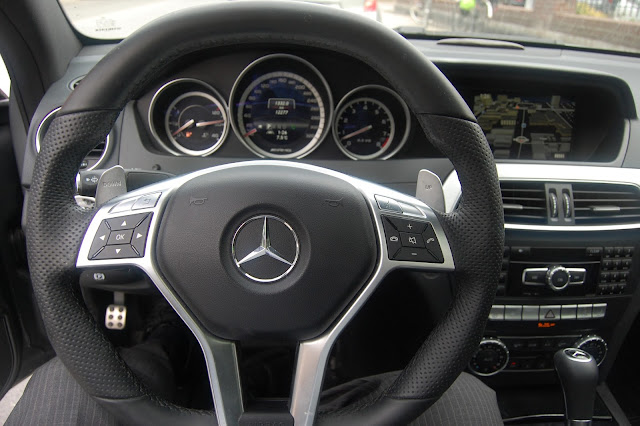 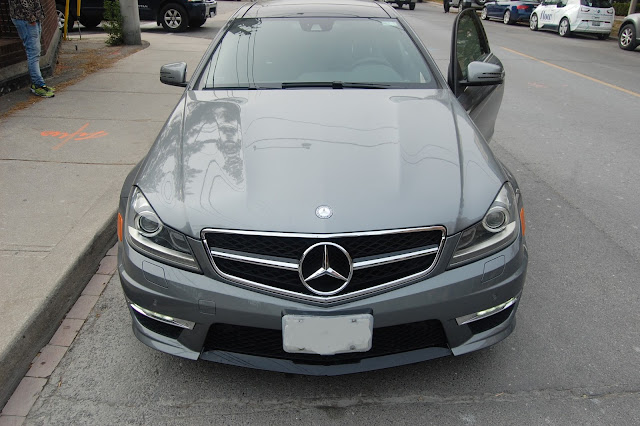 Posted by Carguru at 3:31 AM No comments: Links to this post


The start-stop systems work well for a city commuter, who spends a lot of time stuck at our unsynchronized traffic lights. The need for a better battery, as mentioned in the article, isn't really a consequence of just the start-stop system. There are many power hungry accessories in modern cars that require a powerful battery to begin with. My view? I like choices. Although I'm not a big fan of these systems, I like having the option of turning them off. Believe it or not, some brands offer these systems in either form, depending on the model you choose.